I have returned from two weeks in northern Italy. The first week was in Rapallo and Cinque Terre – seaside towns in Liguria region on the Ligurian Sea. Ligurian cuisine is primarily seafood (i.e. mussels, scampi, and assorted fish) and pasta is served in white sauce or pesto (basil). Meats and red sauce are rare but occasionally appear  on restaurant menus. Liguria’s wine production is small compared to other regions in Italy and the few noteworthy wines are white. My favorite varietal was Vermentino, a white-wine grape grown around the western Mediterranean known as Pigato in Liguria and Favorita in Piedmont.

The second week was in Alba, a beautiful town in the Piedmont region (Piemonte in Italian).  Alba is the capital of the Langhe area of Piedmont and is famous for its truffles, peach and wine production. I’ve come to Alba because it is world famous for the vineyards and wines in surrounding communes. Barolo and Barbaresco are Piedmont’s wines that elevate the region into the elite category with the likes of Tuscany, Bordeaux, Burgundy and Napa.  Alba separates the Barolo region (DOCG) in the south and the Barbaresco DOCG in the north.

Note: Before you become totally confused, Barolo and Barbaresco are names of (a) wines, (b) towns in Piedmont, (c) DOCG region (laws).

Barolo, Barbaresco, La Morra and Serralunga d’Alba are small villages on hilltops with vineyards sprinkled below the villages. Piedmont’s vineyards are typically planted on hillsides with elevations of 500 to 1,100 feet.

Nebbiolo, Barbera and Dolcetto are the primary red grapes in the vineyards of Piedmont. The valley and mountains contribute to Piedmont’s famous fog cover which affects the ripening of Nebbiolo grape (Italian word nebbia means “fog”). The warmer south facing slopes are used for Nebbiolo and Barbera grapes while cooler sites are planted with Dolcetto.

Piedmont is the only place in the world where cultivation of the Nebbiolo grape is successful. Some varietals such as Cabernet Sauvignon, Merlot and Sangiovese can grow outside their native regions but not Nebbiolo.

Nebbiolo’s growing season is long with typical harvest not until mid-October into November. The soil is a composition of clay and marlstone which stresses the vines to grow deeper to find water and nutrients.

Barolo (the wine) is the biggest, tannic expression of Nebbiolo. Tannins exist in most red wines, especially in Nebbiolo due to longer growing season and difficult environment (soil, water, and climate). Tannins are sensed as the wine’s structure and become balanced with the wine as aging occurs. Wines with tannins not fully integrated are bitter and harsh.

Barolo DOCG requires three years aging (at least two years aging in oak and at least one year aging in the bottle prior to release) and for Barolo Riserva, five years of aging is required. 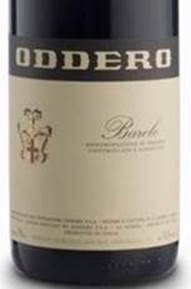 ODDERO Barolo 2009 $33
Wine Spectator 92 rating. Barolos from La Morra tend to be very perfumed and velvety with less tannins than other Barolos. 100% Nebbiolo grapes from 3 elite crus in Barolo.

Barbaresco is a dry, elegant, full-bodied red wine, rich in tannin with aromas of dry flowers, violets and anise.

PRODUTTORI del Barbaresco 2010 $28
The Produttori, one of Barbaresco’s flagship producers, is a cooperative with 25% of all Nebbiolo vineyards in the Barbaresco zone.

RENATO RATTI Barbera d’Alba 2009 $16
Renato Ratti and others use modern winemaking techniques such as shorter fermentation periods, less time aging in oak barrels and longer aging in bottles. Barbera is a food-friendly wine that frequently accompanies meals in Piedmont restaurants.

Dolcetto, a native grape in Piedmont, is a less important red grape of the region, behind Nebbiolo and Barbera. Soft-styled Dolcetto wines are sold and consumed in the first year after harvest unlike longer-aging Nebbiolo. This improves a winery’s cash flow providing income while the more expensive Nebbiolo wines are aging. 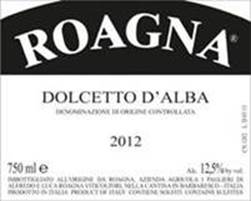 Arneis, a white wine, is primarily grown in the hills of Roero area across the river from Barolo. Moscato and Gavi are the more popular white wines in Piedmont.

Preparing our Easter feast...
Some eat fish often but in our house it's a once a week thing. Coincidentally it's Fridays, a throwback to Roman Catholic traditions. Today is Good Friday, the end of Lent, and a good reason to drink something white from the cellar...
Dare I say Sunday pasta and Sangiovese are like peas and carrots (aka Forest Gump)?
Even with "dead yeast" my Margherita pizza was buona but the wine was perfetto!