Giampaolo Motta left his family’s leather business in Naples to work in Chianti to learn the art of winemaking. In 1992 he purchased  66 acres of vineyards in “Conca d’Oro” (the Golden Basin in Italian) in Chianti Classico district around the village of Panzano. Golden Basin describes this agricultural region where wheat, the primary crop, turned the hillsides to a golden color at harvest time. In post-war years of 20th century, olives and grapes replaced wheat as the staple crops. 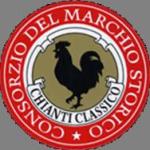 Robert Parker 93 rating says “Giampaolo Motta’s 2012 La Massa wraps clean around the palate, imparting sassy tones of Mexican spice, tobacco and dark berry fruit. The blend is 60% Sangiovese with Cabernet Sauvignon, Merlot and Alicante. The wine shows luscious dark concentration with equal billing to both the dark fruity component of the wine and its spicy, oak-driven spice. There’s a firmness to the tannins that should soften with time….”

5 thoughts on “Super Tuscan from Chianti”